5 Things I Didn’t Do for Dinovember 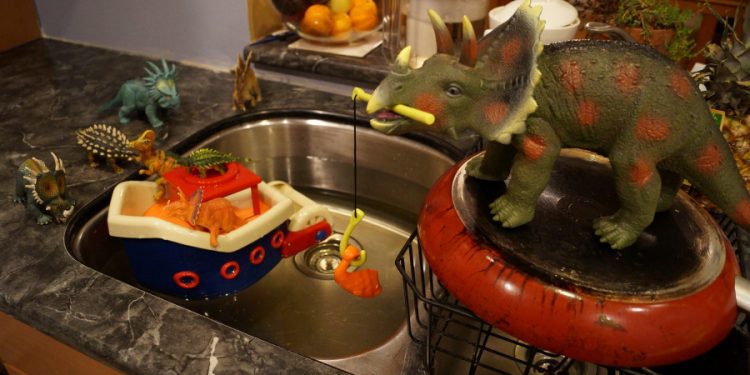 Thirty days.  For Dinovember we had to come up with a new idea for the dinosaurs. Every. Single. Day. For thirty days. And with us being several years into this tradition, and the rugrats horribly disappointed if there are repeat adventures, it gets harder. 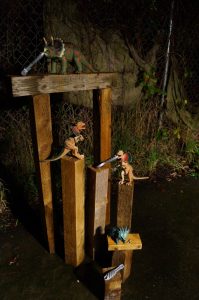 I always mean to spend the time between one November and the next coming up with new ideas, but time ticks by. At first I’m just happy to be rid of the prehistoric dino-trouble, and then as the next November gets closer, I get excited – but I forget to get planning. 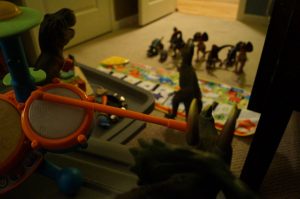 So Dinovember arrives and, inevitably, midnight rolls around, I’m exhausted from being up so late working, and I curse those damn plastic reptiles – and myself for ever introducing it.  Sometimes I have something brilliant planned, sometimes something basic, but each time I was at a loss I would look hopefully at my husband and he would either suggest something that’s been done, or come up with something a little less than helpful. 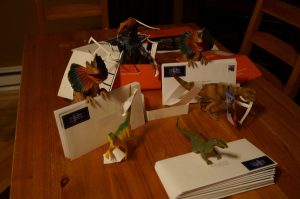 Here are 5 ideas I did not use this Dinovember:

And now December has arrived and the dinosaurs’ home is once again the plastic bin. While I still stumble on them from time to time (darn those rugrats for not cleaning up!), the trouble they cause is mostly nil until next year. Which should hopefully mean I can spend less time assembling dinosaur buildings and accessories, and more time on writing projects. 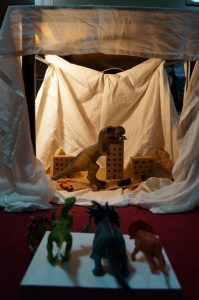 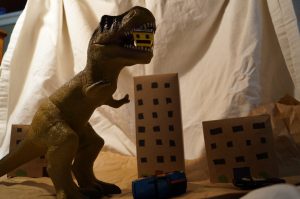 And, in case anyone was wondering, Elf on the Shelf does not visit this home.  No, if that obnoxious little creature shows up here hoping for a new pose, it might just inspire me to use idea #1 above, or a Christmas variation; I’m all tapped out of creativity when it comes to toys for a bit.

Time to relax with a glass of wine and get back to thinking about gaming projects. 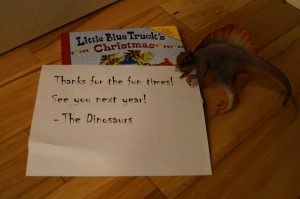