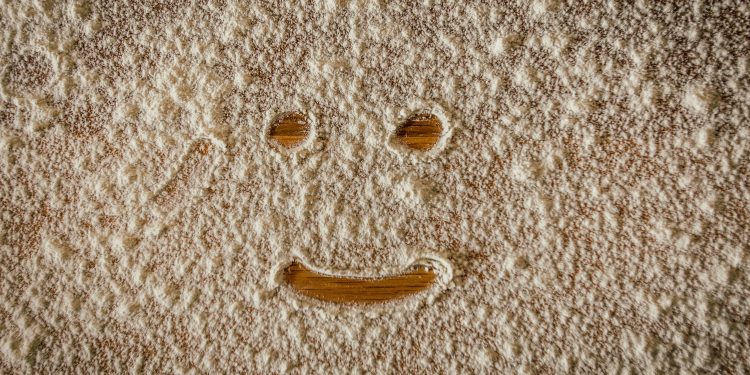 It’s a great time to get back to the basics. And lack of time doesn’t seem to be an excuse for anyone.

Back when I had but one Rugrat I’d make up loaves of fresh baked white bread. The recipe always gave me two loaves and by the time Ken got home, Rugrat#1 and I would have eaten the whole first loaf with nothing but butter. We never even made it to the table. We’d just stand or sit in the kitchen eating away.

With 3 Rugrats the home baking just doesn’t happen as much. It happens just about never. Until today.

Today’s not-homeschooling class included a lesson in potions. We took a table of ingredients, mixed them up, and waited to see what happened.

I found a recipe for bread in a bag. I figured this would make the kneading process easier.

We measured out the ingredients at the table. We needed one cup of flour, so we picked out the one cup measuring scoop. Then we talked about how else we could make a cup.

Rugrat #1, who was struggling with fractions before the break, quickly caught on to what I was attempting. He demanded I stop teaching fractions. Rugrat #2 surprised me with his understanding and grasp of fractions. Rugrat #3 randomly selected spoons and cups as the answer.

Rugrat#1 hates stuff on his hands, but he had no problem adding potion ingredients to the bag and kneading the contents while they were sealed safely inside the bag. 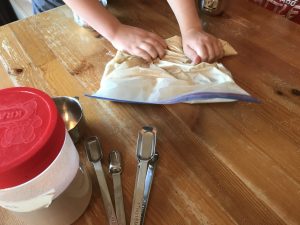 After it sat for the ten minutes, we added the rest of the ingredients, kneaded it some more, and then tipped it out onto our table. Rugrat #2 and Rugrat #3 enjoyed this part. We had Rugrat #1 set the timer as he wanted no part of it. 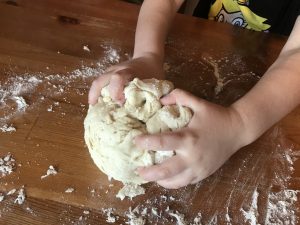 Then we put the bread into our pan and waited. 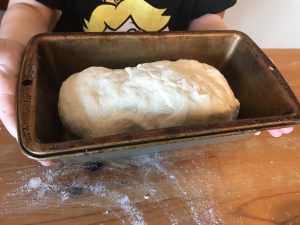 Once enough time had passed, we popped the loaf in the oven and waited for our potion to cook. The kids checked the oven a couple of times, ensuring not to open the door. 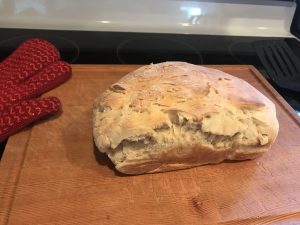 The recipe I used suggested 2 mini loaves, but said one loaf was fine. I don’t know if it’s my oven, which we are still getting used to after a harrowing Thanksgiving where it spat pieces of molten metal at us, the fact it should have been two mini loaves, or something else entirely, but it was not ready at the suggested time.

I think we baked our loaf for about 40 minutes total.

Rugrat#3 insisted on having some left over whipping cream on her bread. Rugrat#1 went with peanut butter, a favourite of his, and Rugrat#2 figured just plain was the way to go.

Despite a few hiccups, this was a success! 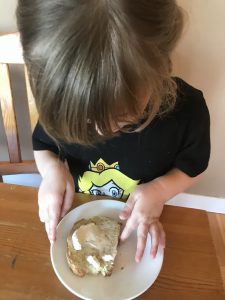