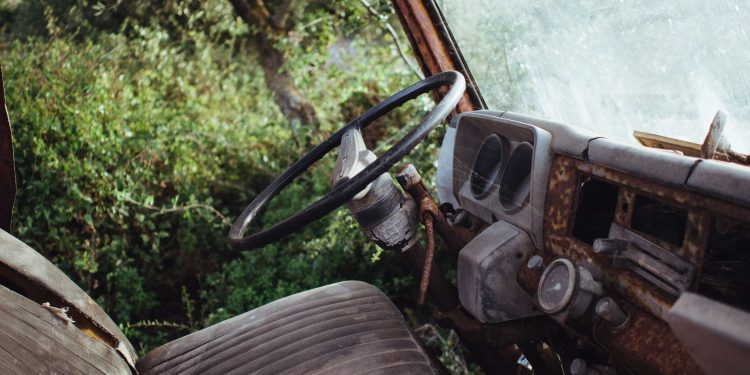 As with so many things, this all started with Kelly telling me she had watched something she really enjoyed. In this instance it was Van Helsing, a television series that details the activities of a mysteriously badass woman who kills vampires in a post-apocalyptic world. She then had me watch it as we worked in the evenings after the rugrats had nested for the night. I liked it well enough. As Kelly suspected, it gave me a few ideas I could translate into RPGs.

She then started watching Z Nation, which she really got excited about, so, once again, I started watching it with her (she kindly allowed me to start at the beginning). I was leary at first.

I’ve watched The Walking Dead to the end of the seventh season. I read the first hundred issues of the comic book. I stopped both because I found them wearying. Their relentless bleakness made me wonder why any of the principal characters wanted to survive aside from sheer masochism. I liked Z Nation more than TWD (or Van Helsing for that matter). It was cheesy, had some bad acting and questionable production values, but its bones were good. And the scenarios and ideas in play seemed like someone had translated their zombie apocalypse gaming sessions into an awesome series of short B movies. In short, its makers remembered that sometimes its okay to be fun or silly, even in the midst of death.

Shortly after I started watching Z Nation, Kelly asked if I wanted to change campaigns while we were on vacation; switch from our Supernatural inspired modern occult investigation campaign to one set in the zombie apocalypse. Sure, I said, thinking that this would be a short term thing. I should have known better….

I didn’t have a lot of time to prepare, so I lightly sketched out zombified North America. The best zombie entertainment, in my opinion, begin in the aftermath of whatever apocalyptic event brought the world to its knees, so I decided to set our game four years after Z-Day. Our game would start in Virginia, at the University of Virginia per Kelly’s character’s background. A portion of the University has been turned into a secure compound under a chauvinistically tyrannical thumb. The rest of the campus is kept free of the dead and other riffraff by the compound’s soldiers, who also make scavenging forays into other less friendly territories. Women, children, and the elderly take care of the compound itself, ensuring that it runs smoothly and that the soldiers are comfortable.

Beyond the compound’s environs, the US is a patchwork of disparate factions vying for limited resources. The larger a community was, the harder it was hit on Z-Day, so there is marginally more safety from the dead in the less populated regions of the country.  Much of Kansas is controlled by a charismatic clergyman and his chosen Redeemers. There is a roughly triangular region anchored by Chicago, Springfield, and Indianapolis where the sun no longer rises. Locals of this area have taken to calling it Neverlight, outsiders merely say that it is Always Dark and avoid the area. It is rumored that there are… things… in the dark. Texas is reputed to be free of the dead and is ruthlessly controlled by four Oil Barons. The waters have reclaimed southern Louisiana; New Orleans is now generally known as The Sunken City. There are points of light as well: the southern tip of Vancouver Island has been walled off and is free of the dead, if rumours are true, though one must endure eight weeks of solitary quarantine if they are to join Utopia, as it is called by the desperate. There are other safe zones out there, somewhere.

Being set in the zombie post-apocalypse, zombies will of course be well represented. Regular, lurching zombies, fast zombies, plague spewing zombies… they’re all in there. People with their myriad array of abilities and allegiances of course will likely pose the biggest threat, ultimately. But there needs to be more… Taking a page from Resident Evil and Resident Evil 3, tyrant and nemesis-like undead menaces will present themselves from time to time.

The dead are comprised of more than just zombies as well. As described above, there is a region that never sees daylight. What kind of undead creatures could thrive in such a place? I can think of one or two.. or perhaps more. And… and this is my favourite part… there are ghouls. Yes. Ghouls. What is terrifying to people inured to the horror of the zombie apocalypse? Dead things that are social, intelligent, and ever-hungry for living flesh are. The ghouls, and their queen, have plans. And while they would love to see the population of humans increase, it would certainly be to the detriment of the general quality of life…

The End is Here

I think that is enough to chew on for the time being. Next time, I will discuss the system, resources used, and some house rules that have been implemented to better simulate the system’s implementation of the theme.

What have I missed? What kind of things would you like to see in your zombie apocalypse? Sound off in the comments.