Ken Pawlik received the Dungeons and Dragons Basic Set for his eighth birthday; it was the thing he had always wanted without knowing he wanted it. He still gets an adrenaline rush when he sees images of that red box with its Larry Elmore painting of a warrior battling a red dragon. 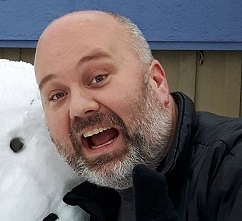 Ken has run numerous games in numerous systems in the years since that fateful day to the fearful joy of his players.

Aside from gaming, Ken enjoys geekery in its myriad forms and is working with Kelly to raise their three rugrats in the lifestyle, ensuring that game geeks perpetuate across the planes.

A (mostly-up-to-date) list of Ken Pawlik’s works can be found here:

You can find Ken’s work here.