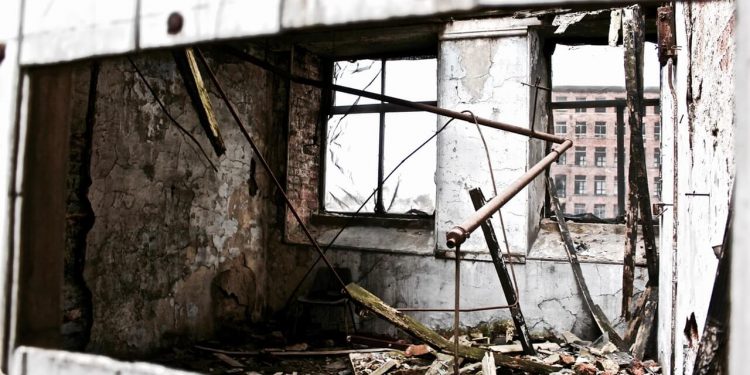 The end of the world. A new beginning.

Due to its popularity there is a plethora of media exploring this genre. From television programming to movies to books to comics to RPGs, there really is no shortage. It’s a genre that has been used and used again because it’s fascinating. What would you do if the world ended tomorrow? Could you survive? Would you want to?

Role playing games are the perfect avenue to explore our adaptability, our creativity, and worlds we are unlikely to ever experience. There are some game systems built specifically for a post-apocalyptic world (and Ken shared his experience running one back here), but maybe your group is hooked on a game system, maybe you want a little inspiration, or maybe you are hoping to adapt something to be exactly what you want.  So then the biggest question becomes, where do I use to draw inspiration? And are there any awesome resources I’ve missed?

The first thing you need to think about, of course, is what sort of post-apocalyptic world you are looking to create. There are so many ways for the world to end or change. Some are subtle – more of a cultural apocalypse, while others are full on death-is-rampant-this-is-end kind of apocalypse.

Ken talked before about Y, the last man – a comic book storyline about a world where all but one man has perished, and whether you love it or hate it, I’m not sure there are people who haven’t heard of The Walking Dead and the “walker” filled zombie world. And, of course, there is always the gonzo-over-the-top-action-packed Mad Max film series.

But options hardly end there, and I hope the following media helps inspire you to create the world you are looking for.

Tomorrow When the War Began (book) 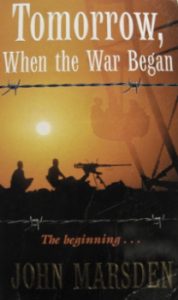 This series of books, written by John Marsden, was turned into a movie in 2010.  The books focus on a young girl who goes camping with friends in a remote location.  They return home to discover the residents are missing and the livestock are dead or dying.  As they start to investigate, the group learns Australia (where the book is set) has been invaded by an unidentified force, who are holding everyone captive.  The teens have to find a way to survive in this now-hostile environment.

While is isn’t the end of the world as everyone knows it exactly, discovering your entire country has changed, your family is missing, and everything as you know it is no more is world shattering.  This series was written for young adults, but is worth a read no matter your age, especially if you are thinking of flipping your PCs lives on end. 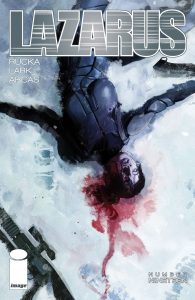 Greg Rucka and Michael Lark’s Lazarus is set in our near future. Following a catastrophic economic and ecological collapse, society has reverted to a strictly controlled feudal caste system. Every human falls into one of three categories: family (fewer than 1% of the remaining population belongs to one of the world’s sixteen ruling families), serfs (approximately 10% of the population falls into this category of skilled professional), or waste (everyone else). The title of the comic refers to the biologically and chemically engineered, near-immortal super soldiers that each family may have one of, if they are lucky. The world-building in this series is truly fantastic, and the characters are well developed and compelling, which is the norm for Greg Rucka in my opinion.

Unlike a lot of post-apocalyptic literature, the world of Lazarus is largely intact, though vast portions of it have been abandoned. Gaming in this world would be compelling to me, especially in a one player, one GM situation. Each families’ lazarus is a mixture of diplomat, commander, and ass-kicker. The nature of the families’ relationships with one another could easily lead to some great social interplay and scenery chewing. And then some good old fisticuffs if diplomacy breaks down! 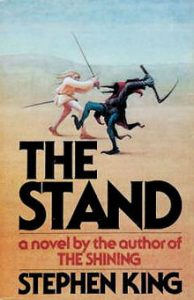 When a modified strain of the flu is accidentally released, it spreads across the country quickly, killing just about everyone and causing the total breakdown of society. This book, written by Stephen King, dates back to the 1970’s and is told from the perspective of various characters.

It’s admittedly been a long time since I read this book, but one of the things I recall loving about it was how it explored the fact that not everyone who survives the mutated virus named Captain Trips can survive in the world that remains. Opting out becomes the only option some people feel they have, and it’s a good thing to keep in mind when running a campaign. Give your PCs a world that’s hard, but a) remember to show them not everyone can handle what remains and b) don’t make it so dreadful your PCs will be in a place they feel this have no option but to opt out themselves.

This lengthy novel is a good read if you want to set your game during an apocalypse sans zombies.

The world is no longer habitable. The human race has been successfully living on a series of space stations, but the systems are failing. A group of teenagers, all guilty of something, has been sent to Earth in the hopes of discovering if the human race can return. 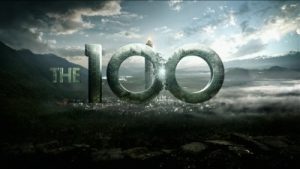 This TV show explores what these delinquent teenagers encounter in the world they have only heard stories about. Things are much different than they expect (naturally), and there are countless hurdles to overcome, including figuring out how to work together. What else would you expect with 100 young adults on their own for the first time in their lives?

This could easily be used in any game system, but could make a great setting for Starfinder.

After a nuclear attack on 23 cities across the US, the country is left in a post-apocalyptic state. The show initially focuses on the small town of Jericho and what it does post-attack, but by the end of the second season it is a roller-coaster ride of exploring the rule of the Allied States of American and trying to save what remains of the American dream.

With only two seasons on investment (plus two season of graphics novels for those interested in continuing the plot), this is a small investment for those looking to get a feel for a post-apocalyptic world. And again, with a nuclear attack, you’ve got a different basis for exactly why the world ended.

Have you read or watched any of the above? What did you think?

Have you ever run a post-apocalyptic game? How did it go?

We’re gearing up to see what has happened to the next generation in our deadworld campaign. In its original form the group had to carve out a safe haven, but generation two has that. With a relatively stable home, a cure for the zombie plague distributed, and those ghouls under control, what sorts of deadly forces can they encounter?

What made your world post-apocalyptic?