Nel, Temptress of the Tarn 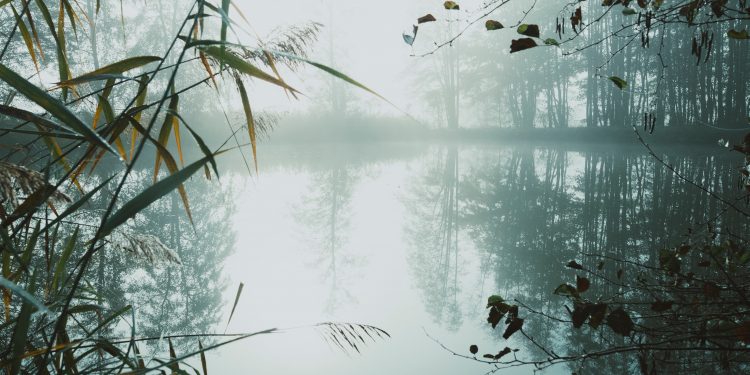 “Come, traveller. You must be thirsty.”

This soft-faced fey creature watches over a large, clean lake. She smiles innocently at those who approach her domain. Nel has no desire to directly harm mortals. She instead encourages them to drink and bathe in the lake, where they might be transported to her mistress in the Green Realm. 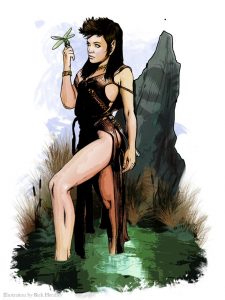 Nel once spent her days serving her mistress, an aspiring lesser fey lady. She was well regarded and respected among her kind, and one of her mistress’ favorites. Nel spent much of her time being doted on by lesser fey than herself.

Several decades ago, Nel’s rival Shara intentionally committed a grievous act against their mistress, framing Nel. The once favorite servitor could find no evidence to prove her innocence, and Nel knew better than to argue with her superior. She threw herself upon her mistress’ mercy and asked for a chance to prove her devotion. Shara had anticipated Nel’s destruction, but instead the mistress sent her favorite pet from her sight, banishing her to a lake in the mortal realm.

Before her banishment Nel had been on good terms with many creatures in the Green Realm. Her pleasant disposition made her easy to get along with, and she had used her position with her mistress to assist more than a few petitioners. During her time in prison in the Material Plane, Nel has been able to get word back to the Green Realm. She has called in a few favors and a one-way portal to her mistress’ court now exists at the bottom of the lake.

Nel does not risk endangering travel to the area by preying upon all who visit, and has let several satisfactory offerings go when the risk of exposure was too great. Nel uses whatever means necessary to draw her prey beneath the surface.

While Nel is homesick for a great many things, she misses the music more than anything else. Even when travelling alone, mortals who are able to entertain Nel for a time are not sacrificed to her mistress. 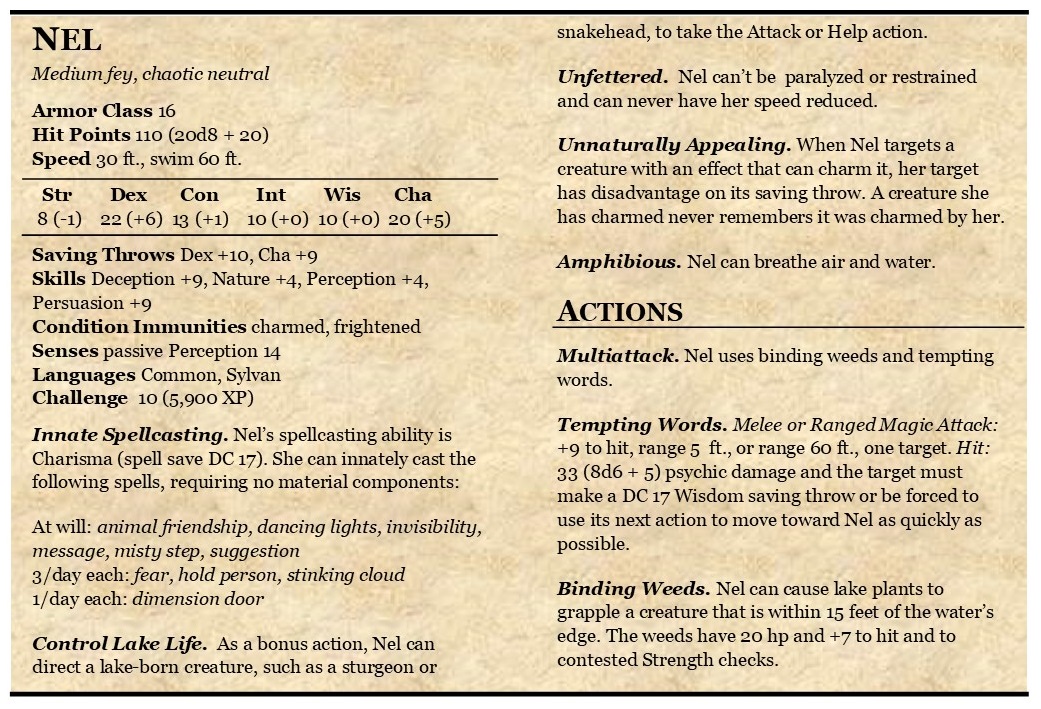 Pick up Nel (plus her sturgeon and snakeshead) and more NPCs like her, in 5e NPCs: Woodfolk and Wanderers, available now on DTRPG.