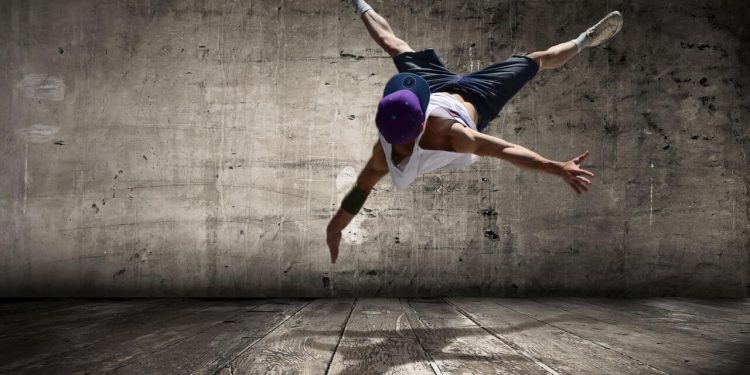 It’s no secret that I love Veronica Mars. It retains a place of honour on my list of favourite tv shows, despite its cancellation over a decade ago. It may be less known that I actually love the entire teen-girl-sleuth genre, as pioneered by the series of Nancy Drew Mysteries. There’s just something intrinsically interesting to me about sassy girls that solve mysteries, I suppose. Where am I going with this? Well, a while ago I picked up the .pdf of Bubblegumshoe while it was on sale and, having two games on the go at the time, promptly let it sink to the back of my mind unread. Recently, needing to come up with something new for Kelly and I to play, and really wanting to take a break from the (to me) slog of Pathfinder RPG, I downloaded the book and gave it a read. 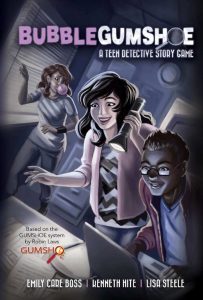 What’s It All About?

Bubblegumshoe is Evil Hat’s (publishers of FATE Core, among other games) take on what they call the high school noir genre using Pelgrane Press’ excellent GUMSHOE system. If you don’t know GUMSHOE, the short of it is that it is an investigative system wherein the investigators never have to roll to discover a clue. If they are in a scene that contains a clue and they have a ranking of 1 or more in an investigative ability (split into Academic and Interpersonal abilities in Bubblegumshoe specifically) that pertains to that clue, they get the clue. Every time. No need to roll. An investigator can then spend points from that investigative ability, if they have any, to add some context to the clue or glean some additional useful-but not-vital knowledge regarding it. There’s more to the system than that, but that’s it in a nutshell. Bubblegumshoe’s big adjustments to the system are the replacement of Health and Stability with Cool; moving to a short damage track to model the health of the teen sleuths; the addition of Relationships as an ability category; and the addition of the Throwdown as the primary dispute resolution system.

Relationships in Bubblegumshoe aren’t just a list of NPCs that an investigator knows. They are NPCs that a character can leverage to their advantage in some fashion and are allotted points just like an ability. Unlike other Investigative abilities, Relationships are further striated as Loves, Likes, and Hates with more benefit being gained from Loves than Likes, and Hates give the GM permission (and mechanical power) to mess with the investigators’ lives.

Since the genre ideally doesn’t deal with a ton of (PC) death and dismemberment, character health is changed from its usual pool of points to a simple four point damage track. Investigators move from fine to scuffed to injured to dead as they suffer physical harm, though the damage track hasn’t been used in our game at all as yet. It is interesting to note that Fighting is listed as a General ability in the book (with plenty of admonishments about the consequences of violence both in school and in society) but is not listed on the character sheet at all.

In Bubblegumshoe, Cool is the resource that replaces both the Health and Stability used in most GUMSHOE games. A person’s Cool measures both their ability to keep a cool head in tense situations, as well as their general… um… Fonzieness… A person can lose or spend cool in a number of ways, from being caught in the act of doing something that maybe they shouldn’t, to getting into a location that would generally be off limits, to getting into a full on Throwdown with one of their Hates. Just beware though, your reputation will take some time to recover from the screaming, snot-bubbling melt down you have when you reach -10 Cool.

If I Want You To Speak, I’ll Wave A Snausage Over Your Nose!

The Throwdown is the classic social combat that we’ve seen in teen media from She’s All That, to Gossip Girl, to the aforementioned Veronica Mars. The Throwdown rules can be used to adjudicate events ranging from a showdown between the sleuths and that meathead from the bodybuilding club over his bullying of the Mathletes, to a rap battle, to a food fight. Indeed, it took little tweaking to use them to model the cheerleading tryouts in our own game. There is a Throwdown General Skill, but the really interesting thing about throwing down is the way investigators can leverage their Relationships to help them out, though doing this too often could alter or even destroy a Relationship… this is high school after all.

In addition to the rules, a decently detailed town, and a number of mystery seeds (including one fully fleshed case), the book is rounded out with a number of Drifts… or as I would call them, alternate campaign settings. There are quite a few of these, ranging from a prep-school setting that emphasizes player vs player conflict, to a supers-in-training setting, to a middle school setting more in the vein of Encyclopedia Brown, or The Boxcar Children than the default PG-13 setting.

I can’t comment on the physical book, but the .pdf is well bookmarked and generally easy to use, though the organization wasn’t perfect in my opinion. There have been a few instances that I’ve had trouble finding a piece of information. The cover is colour and is a bit too cheery for a game that dubs itself high school noir. The interior art is black and white and is all done by Rich Longmore, I believe; it ranges from alright to good, and along with the text, it portrays people of a good range of ethnicities and social standings. The single column text is easy to read on a phone or tablet.

Now you’re wondering if the book is good… and the answer is a resounding YES! This game is excellent. It’s obvious that Emily Care Boss, Kenneth Hite, and Lisa Steele did a ton of research, and it paid off. It’s been a long time since a game had me playing from 6:30 pm to 2am, but Bubblegumshoe had me in just that position on night one, and I’ve had to fight the urge to stay up too late each game night since.

Everything about Bubblegumshoe works to achieve that fraught feeling you get in a hostile and alienating environment…. The modern North American high school.

Overall Bubblegumshoe gets an A (5 out of 5)!

Go grab your copy on DriveThruRPG and tell us what you think of playing a teenager!