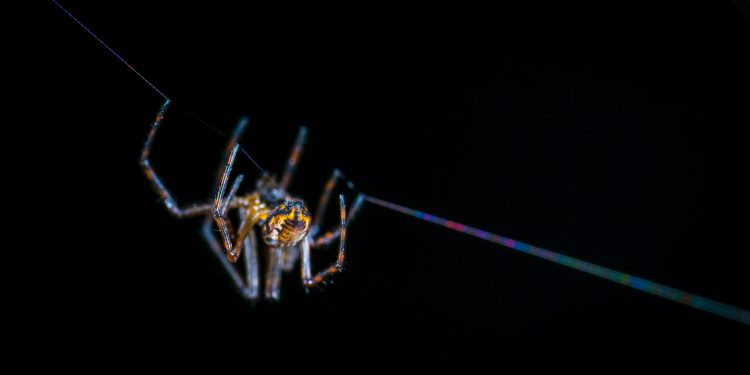 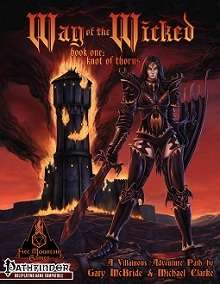 Our interest in writing RPG products stems from our love of playing RPGs. One of my favorite campaigns, and certainly our most epic one, is Way of the Wicked. Written by Gary McBride of Fire Mountain Games, this adventure path allows the PCs to be anything but good. (Specifically, it actually recommends they all be lawful evil.) 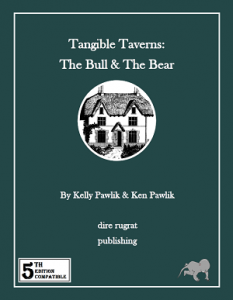 Some years ago, we ran through this campaign, taking the time to explore the cities more than the adventure path may have intended, which is where the Bull and the Bear was born. The PCs began amassing a reasonable collection of taverns, some of which have been published by us since.

We enjoyed dropping a fair few 3rd party products into this PFRPG campaign, including the 101 New Skill Uses by Rite Publishing and Legendary VIII: Evil by Sam Hing and published by Purple Duck Games. 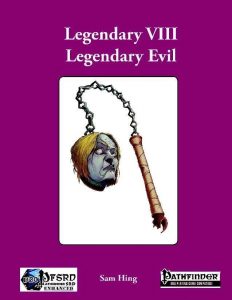 It was in the latter we pulled Black Spider – a magical weapon (and a then some). Though intended for use by the BBEG, it was allowed in our evil solo campaign. (I should note here this product received a poor review and indeed has some glaring oversights.)

This blade was legendary in the course of the campaign. One moment I still clearly remember was when many of the party had fallen, with only the rogue (myself) and our anti-paladin remaining. Both of us were near the death. The righteous paladin still stood before us, and with the blade knocked from my hand, and my companion drawing her last breath, I was sure we were done for. Then this diminutive construct unleashed its fury upon the virtuous knight, scuttle across the floor before actually puncturing through his calf (hello double nat 20!). Perhaps it stole a bit of the thunder from the characters, but it earned this weapon much favor from its master.

Very recently we decided to revisit a version of Way of the Wicked: an alternate reality with some minor and some glaring differences. All of the PCs are rogues. The valiant Mitrans in the country are unknowingly demon worshippers (those pesky demons and their deception filled long game!). Our PCs did not start in prison (which made sense, but if you haven’t played WotW as intended, give at least the first module a go – it’s amazing!).

Some things have stayed the same, and one such similarity is the presence of Black Spider. With the switch to 5th Edition as the framework (as well as some of those glaring oversights), we’ve had to adapt the blade. Here is our modified version below. Again, a big shout out to Purple Duck Games for creating an amazing (and overpowered!) collection of weapons, as well creating one of my favorite weapons to date.

Weapon (dagger), legendary (requires attunement by a creature that meets all the listed requirements)

Requirements. A creature that wishes to attune itself to Black Spider must meet the following criteria.

Black Spider grows in power with the creature it is attuned to. When a creature attunes itself to Black Spider, it gains all of the benefits listed for a creature of its current level.

Black Spider is both greedy and jealous. You have disadvantage if you make a melee attack with a weapon that is not Black Spider. This penalty does not apply if your attack is made with a weapon in your other hand when you are fighting with two weapons.

What’s the most memorable weapon you’ve used in your game?