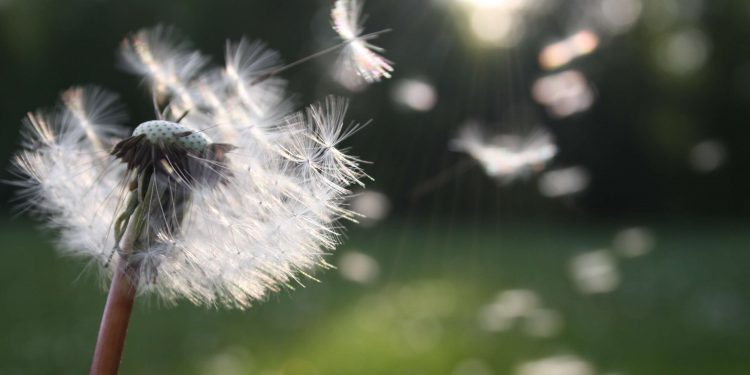 I turned forty this August. Despite it being a landmark of a sort, at my request it was a quiet day spent with immediate family and a couple of close friends and their kids. It was near perfect.

A birthday like this, of course, has led me to assess my life to date, to revel in the victories and throw another coat of spackle over the parts I’d rather put far behind me (in reality, I’m prone to constant self-critique, but for the purposes of this piece, let’s pretend that isn’t the case). While I’m certain that a reckoning of my neuroses and an itemized list of things I have yet to accomplish would be a riveting read, let’s get to the meat of this article: the RPG campaigns I want to run but have not yet had the chance. What has made this storied list? Well, for starter’s there is: 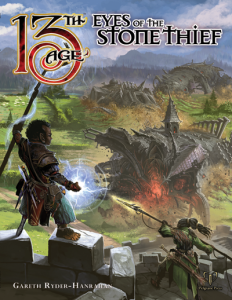 I’m not a big fan of megadungeons. A series of keyed encounters heavy on combat but light on role play just doesn’t do a lot for me. Eyes of the Stone Thief is a different beast though. The Stone Thief is a megadungeon, certainly. But it is also its own character, and if the GM does their job even reasonably well, their players will hate this vindictive and evil place.  The fact that Gareth Ryder-Hanrahan is one of the best adventure scribes in the business helps as well; if it will help make the GM’s task easier, he has likely included it. From adventure hooks, to icon relationships, to campaign structure, to dungeon configuration changes, to a chart that makes it easy to track when the titular living dungeon will/should dive back into the bowels of the earth, the tools are close to hand.

Chance of Playing: Good. Eyes of the Stone Thief will be conquered by my players one day. Or it will consume them. It is just a matter of time. 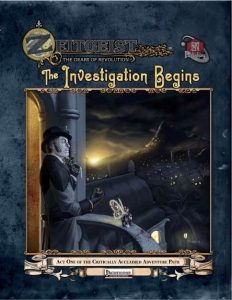 Zeitgeist is likely the most ambitious campaign produced for the Pathfinder Roleplaying Game to date. In its twenty levels, the player characters will advance from being lowly constables attempting to prevent dockside riots to key players in their world, defeating nigh-godlike fey titans and, ultimately setting the course for the next age of the world. The world deserves some mention as well; despite the relative brevity of the Campaign Guide, Zeitgeist’s world, calling it a fey-steampunk marvel doesn’t do it justice, is compellingly well drawn. Zeitgeist is a campaign full of heavy themes, that will demand the best of the GM and players, but if it plays half as well as it reads, it will provide one seriously epic campaign.

Chance of Playing: Excellent. I will likely run this as a solo game; the intrigue and emphasis on role play over dungeon crawl will appeal to Kelly. 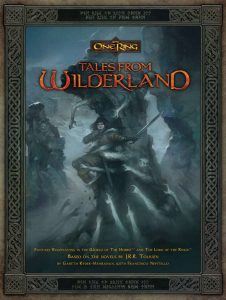 When it comes to the works of J.R.R. Tolkien (other than The Hobbit), I prefer the films to the books. Yes, I am a godless philistine, I’ve come to terms with it. My current favourite fantasy RPG, The One Ring, however, hews much more closely to the literary source material than to the shield riding shenanigans seen on the big screen. While it may seem to be a bit of a cheat to list two adventures here, there is a good reason: The Darkening of Mirkwood is a sprawling campaign frame full of lightly sketched adventures that cover thirty years (!) from 2947 through 2977. Tales from Wilderland, on the other hand, offers a handful of discrete, excellently designed scenarios that a Loremaster (GM) can slot into the above campaign. There’s a lot to like in these books, but I think my favourite aspect is the expectation that the PCs be heroic. After playing RPGs with largely the same group of people for twenty years, I’ve seen every flavour of douchebag mercenary behavior (“I’m just playing in character, Dweazel the Hamstringer would totally burn down the orphanage just so the populace could see him rescue the orphans from the blaze. How else is he supposed to get a special ladyfriend…) it would be nice to have them actually be the good guys, just this once.

Chance of Play: Moderate. Though ToR is not a difficult system to learn and use, it isn’t D&D or a derivative thereof; getting my players to buy in will likely be difficult.

Eternal Lies is a monster that spans generations as well as continents. While I don’t want to spoil too much of the story, it is a horror-mystery after all, it is safe to say that the sins of the fathers (and mothers) come home to roost, forcing subsequent generations to fix their forebears grave mistakes… or die trying. The nice thing about this campaign is not just that it’s a compelling story; this book is laid out in a way that makes it easy to use. Information is clearly called out. 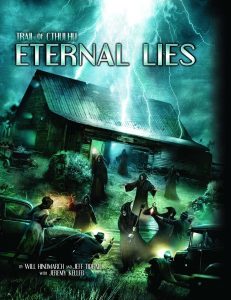 Keeper (GM) material is clearly delineated from player information. Designer notes and anecdotes are copious. The campaign is also open, so while there is definitely an overarching plot, the investigators are free to go where the clues take them without worrying that they’ll miss out on something important.

Chance of Play: Good. When the stars are right, I will run this. Depending on her leveI of interest, I can run it solo for Kelly if necessary; Pelgrane Press does have rules for one Keeper one player play after all… 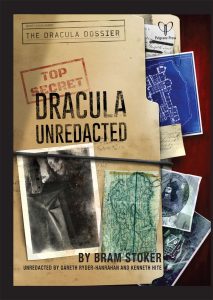 material an NBA director (GM) needs to run the campaign, and Dracula Unredacted, which is the “real” story as transcribed by Bram Stoker. The two books are extensively cross referenced and both serve to build not just an epic GUMSHOE campaign; they are simply the best RPG adventure I have ever read. I’ve read a lot of adventures over the last thirty-two years, and none of them matches, let alone exceeds this. Honestly, nothing else even comes within spitting distance. The best part isn’t the extensive research the authors obviously did. It isn’t the almost excessive work done to make such a sprawling sandbox easily playable for the director. It isn’t even that whoever gets to play in this campaign is in for something truly epic. The best part is that I could hand (or more likely send a PDF) a copy of Dracula Unredacted to my players and say, “Read this in whole or in part… and tell me where you want to start.” This campaign can be completely driven by the investigators, and the material is presented in a way that the director won’t have any real trouble in adapting to their moves. I’m not sure how Pelgrane Press, or any other company for that matter, will be able to top this.

Chance of Play: High. One way or another, I will run this campaign eventually.

So there it is…

While there are other campaigns I’d be happy to run, these five are the ones I’d be most excited to. I was hoping that Dungeons & Dragons 5th Edition would have produced something to add to the list, but no luck so far. Not that there aren’t good campaigns for 5e, all of the ones Wizards of the Coast has produced so far have been good, some very good, but none of them are superb in my opinion. This is still better than 3.5 or 4th Edition which had one excellent adventure each (Red Hand of Doom and Madness at Gardmore Abbey respectively) and a bunch of dreck otherwise. Despite producing some of my favourite campaign settings, 2nd Edition AD&D has no memorable modules or campaigns I can think of off the top of my head…

Which campaigns are on your bucket list? Let us know!