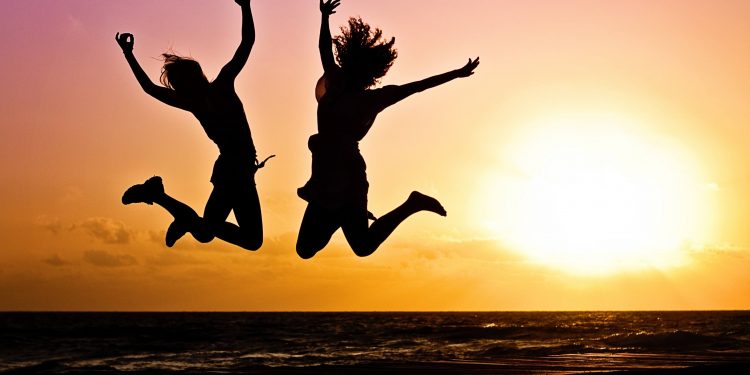 We’ve all been there; you’ve just picked up a shiny new RPG that you’re really excited about, but you’re currently in the middle of an extended campaign with your current group, so getting to try out this new amazingness is impossible. Or maybe you’re not already in the midst of something, but getting your players to buy-in is proving difficult. Or perhaps something else is getting in the way of you playing this new game; regardless, you aren’t getting the chance to play something you want, and it’s frustrating you.

What is one to do?

Luckily we live in an age where a plethora of options exist to facilitate our gaming; today, I’m going to address some of the pros and cons of an option you have perhaps not given a lot of thought to: gaming with a GM and a single player, otherwise known as one to one gaming.

One to one gaming seems to be gaining some traction in recent years, with Pelgrane Press’s recent release of Cthulhu Confidential, Sine Nomine Publishing’s Scarlet Heroes, and Expeditious Retreat Press’s 1 on 1 Adventures line for the Pathfinder RPG coming to mind. 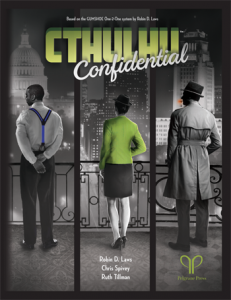 Kelly and I engage in one to one gaming on a regular basis (minds out of the gutter folks, we’re talking dice and character sheets here), and find it to be a great way to enjoy time with one another, but there are a few pitfalls to keep in mind as well.

Getting a group of four to six people together to play a game regularly is challenging, especially as players get older and their priorities and responsibilities shift. My group is comprised of six players as well as myself, all in our late thirties or early forties, and it is rare that all of us are attendant at a game session with work and family obligations understandably taking precedence. Finding time to get together to game with one person is undeniably easier.

How many times have you had a killer character concept that either didn’t work at all because of the other characters in the party, or just fell short of its potential due to being lost in the crowd, or for some other reason. This shouldn’t happen in a one to one game. The PC is the protagonist. There is no sharing of the spotlight because the campaign is all about them. In a one to one game, the two people playing should be able to focus on the aspects of the campaign that really appeal to them. Want to play a game that focuses on debate and intrigue, where the mere act of drawing a blade means something has gone horribly wrong? Do it. Want to play that campaign where the PC wanders the countryside on a quest to become the best swordswoman in the land? There’s no other players there to stop you.

We always get along with our fellows, right? We’re adults after all. Sure. The more people there are in a group, the more likely that tensions will erupt. Everything from varying rules interpretations, to interpersonal issues, to resentment over who grabbed that last Dr. Pepper can lead to arguments. While there will certainly still be disagreements over some things in a one to one game, it is much easier to be reasonable and discuss things when it is just you and one other player rather than having a myriad of voices jumping in to add their two cents, or just as bad, have the rest of the group just sit there awkwardly while two people verbally (hopefully just verbally) spar.

4. You Can Just Play

I sometimes think that my gaming group spends three minutes goofing around for every minute they spend focusing on the game. In reality it probably isn’t so bad, but I still feel frustration when someone interrupts to tell a joke, or show another player something “hilarious” on Youtube, or spends more time looking at his phone, or my admittedly awesome collection of comic books than listening to what is happening in the game. One to one gaming doesn’t allow anyone to do that though. With only two players, the focus is primarily on the play experience. While there will always be small interruptions, an anecdote here, a brief discussion of some errand there, one to one play offers a much speedier experience.

Anywhere you look, you can find inspiration for a one to one campaign. Did you love playing through Dead Space? Me too. And translating that video game into a tabletop experience for one player is as easy as finding the game maps and a walkthrough online, and deciding which monsters you’re going to reskin as the game’s necromorph enemies.  Are you a big Harry Potter fan? One to one gaming allows you to be the Boy that Lived without having the rest of the group pouting that they aren’t as special.

So that’s all good, right? Well it isn’t all puppies and unicorns… 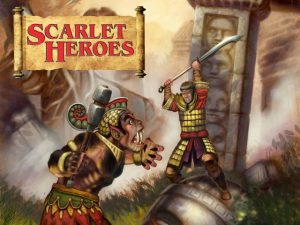 One to one play can be awesome, but it has a heavy load for a prospective GM. With only one player, the GM needs to prepare more material than for a group, because it can be played through rapidly. The GM also has little downtime in play because there are no other players to discuss matters with; The GM is almost always “on.” While one to one games can be very rewarding, they can also be exhausting.

Similarly, the player in a one to one game needs to make every substantial choice; there isn’t anyone else to bounce ideas off of, and a GM rarely wants to use an NPC to tell the player what the best option is. Players that have difficulty making decisions may find a one to one game gets bewildering and stressful.

3. Some Game Aspects Are Problematic

When you only have one player, certain things need to be avoided. Commonly used fantasy tropes such as mind-affecting magic and fear need to be designed around or avoided entirely. Any effect that takes the control of the character away from the player can only be used sparingly as a plot device if it is used at all.

4. Most Adventures are Designed for a Group

Most published adventures, regardless of system, are designed with an expectation of a group of players and altering them for one player can often be more work than just designing your own scenarios from scratch. GMs that want to be able to just run a game from published material with minimal fuss may have difficulty doing so in a one to one game.

I’ve found that one to one gaming can occasionally trigger unexpected reactions in one or both players. It shouldn’t be a surprise really, there is an opportunity to really delve into the characters and world in a one to one game that I rarely find in typical group gaming. Players that really get into character, so-called method actor players, can find themselves dealing with real emotional trauma as a result of situations in game. One to one gaming can demand that the two players involved trust one another more than typical group situations do. 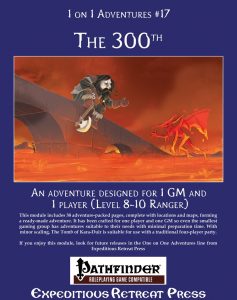 I personally recommend gaming with one GM and one player, at least some of the time. It has been very fulfilling for me, and has offered me the opportunity to play some campaigns that I wouldn’t have been able to with a group.

Have you played an RPG with just one player and one GM? If so, tell us how your experience was in the comments below.