5 and 5 for Starfinder RPG 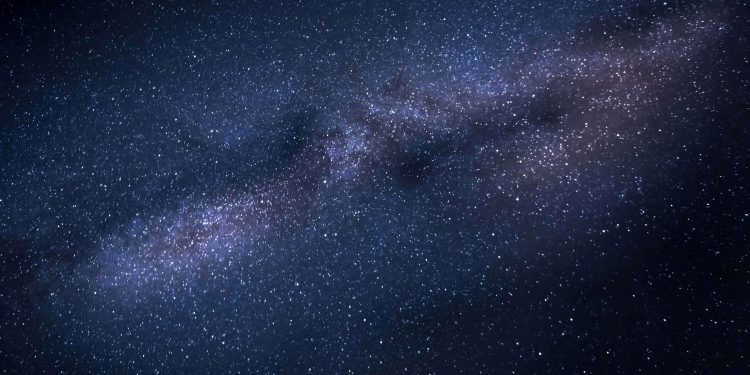 2. The Pact System. When I did my 5 and 5 of the Pathfinder RPG, the default setting of Golarion made it onto my list of things I don’t like, and I expected the same of Starfinder’s Pact System. I find actually the reverse is true; with an entire galaxy to play with, each world (be it a planet, moon, worldship, or other) has room to be strongly themed without feeling forced or stepping on the toes of other locations in the system. I enjoyed the setting portion of the book more than I thought I would and am anticipating the release of the Pact System book next year.

3. Character themes and universal archetypes. Starfinder replaces Pathfinder’s traits with themes which are more akin to Dungeons and Dragons 5th Edition’s backgrounds, albeit with a bit more mechanical weight. There are a decent number of themes in the core book, but these are easily expandable; I anticipate that the number will grow rapidly as Paizo releases new material.

Archetypes are now designed so they can be applied to any of the core classes, rather than being class specific as they are in Pathfinder. I like this change as it recognizes the fact that certain themes are fairly common, such as seafaring characters in a nautical campaign, and separate archetypes don’t need to be created for every class in the game to promote the theme.

4.  Familiar rules have been streamlined. The Starfinder rules framework is over seventeen years old, but Starfinder has found places to streamline and round off the edges to meet its idea of a sleek science fiction… sorry, science-FANTASY future. Iterative attacks have been removed in favor of a flat -4 penalty to each attack if a character wishes to attack twice in one round. Flat-footed armour class has been replaced with a much easier to apply flat-footed condition. Attacks of opportunity have fewer triggers. There are a ton of small changes and tweaks that largely smooth the familiar gameplay.

5. There is already plenty of support. While Paizo’s own support has been decent for such a young game, with an adventure, GM screen, pawns, and a free mini bestiary, there is already a respectable amount of third-party support from some of the bigger Pathfinder 3pp publishers such as Rogue Genius Games, Legendary Games, Fat Goblin Games, etc… I expect that the support from both the first and third parties will only grow, given the success this game has already achieved.

Give yourself to the dark side…

While there is certainly plenty to enjoy about Starfinder, I have an active compacter room full of complaints as well.

1.  Half the classes are lame. While the operative and soldier are clearly better versions of Pathfinder’s rogue and fighter, respectively (seriously, it feels like the design team looked at D&D 5e’s rogue and realized that the class is in fact supposed to be amazing), and the mechanic doesn’t offend me, the other classes fall flat.

The envoy, the class I was most looking forward to, is… not good. At all. Where I was hoping for a class that could awesomesauce its way through social situations using a new robust set of social rules, I got a cruddy bard that doesn’t even have magic to make up for the lack of facility present in the class chassis. Partly this is because there is no robust set of social mechanics, new or otherwise – there is Bluff, Diplomacy, and Intimidate, the three Charisma based skills extant since the dawn of D&D 3.0, and despite the name of the class, the envoy isn’t necessarily better at any of those skills than any other class. The envoy can’t use words as weapons to erode his opponent’s resolve (his opponent likely doesn’t have resolve, that resource is mostly reserved for PCs). The envoy can’t even decide to point at an enemy to say, “go get ‘im, guys,” while moving thirty feet and shooting at said enemy in the same round. The envoy, in short, is a sucky pile of suck that would have been better served as an operative specialization, or an archetype.

While the mystic and technomancer are probably fine in their roles, and I do appreciate that there are only six spell levels thus far, neither class is particularly compelling to me, and honestly, the magic in the setting feels more tacked on than integral, so I found myself wishing this was a pure sci-fi game. Further, technomancer just feels like a stupid name for what essentially amounts to a sorcerer (they deemed it necessary to call out the in-space nature of space goblins and space pirates, why not just call them space wizards?), as they don’t seem overly great at tech type stuff… nor are they better at creating EDM or breakdancing, so… what gives with the name?

Finally, the solarion is a very specific peg in the otherwise generic hole of Starfinder’s classes. While Starfinder’s Jedi stand-in feels like it was dreamed up by the band Muse, with their black hole and supernova inspired powers, in reality, most members of the class will struggle for at least four levels as the default character generation method for the game doesn’t supply enough points to make their Charisma high enough to be survivable (via resolve), while also making their Strength, or Dexterity high enough to hit things regularly. And don’t make the mistake of creating a ranged combatant out of a Solarion as I did, because the class’s “stellar revelations” either promote melee combat or the imposition of negative conditions that will have a low save DC due to your Charisma probably being low despite it being your primary ability…. 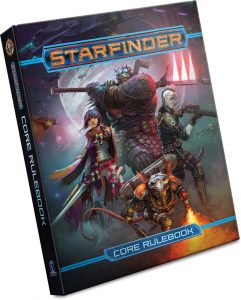 2.  Stamina, Hit Points, and Resolve. Prior to release, I was excited to read about the system’s dual use of stamina and hit points to denote life force and survivability, and of the ability to spend resolve (a “new” mechanic… that is essentially Pathfinder’s optional hero points) after a ten minute rest (shades of D&D 5e’s short rest and hit dice mechanics) in order to refresh all of a character’s stamina. In reality, stamina and hit points are the same thing, with stamina being reduced first prior to hit points being affected. Do critical hits bypass stamina to damage hit points directly? No they don’t. If a character has full stamina and is “hit” with a weapon coated in an injury poison, does she have to make a saving throw to avoid the effects of the poison? Yes she does, despite the fiction that stamina represents energy level/fatigue and hit points represent blood and gristle, so the poisoned weapon didn’t hit her at all. As for resolve, while it’s great that it can be used to refresh stamina or get a character reduced to 0 hit points back on her feet, some classes also use it to power abilities, leaving players with the choice of doing something awesome and class specific, or surviving the next fight. I know how my players will choose every time.

3.  Combat… is still a slog. For all of its rules tweaks and adjustments, Starfinder combat is even longer and more drawn out, in my experience, than it is in Pathfinder. Primarily this is due to creatures having more hit points (most monsters and NPCs don’t have stamina) than equivalent Pathfinder monsters, and the fact that the ranged weapons favoured by my player do what I consider to be ridiculously little damage at low levels. I am not certain what issue the design team takes with adding a character’s Dexterity modifier to ranged damage, but I wish they could get over it. The Weapon Specialization every class gains at 3rd level adds character level to damage, excepting small arms and weapons with the operative property which add half character level to damage, and grenades, which add nothing, but given that my player favours small arms and grenades, the damage boost doesn’t help much. In addition, melee combat is still a boring game of rush in and stand still while moving no more than 5 feet in a round because moving out of a threatened square still provokes attacks of opportunity.

4.  Everyone rides the gear train! I really like that many weapons in Starfinder inflict an additional effect on a critical hit, and as noted above, I think the illustrations of the weapons are outstanding, but otherwise, I’m not in love with gear in the game. Weapons and Armour in Starfinder are each given a level; the higher a weapon’s level, the more damage it deals, the higher a suit of armour’s level, the more protection it offers. This isn’t a bad thing in and of itself, but I can’t name a sci-fi or fantasy novel I’ve read where the characters are constantly ditching their old stuff so they can pick up new stuff. This is likely just my issue, but I like the idea that a character can use the same weapon through their entire career, give it a name, build a legend around it… and Starfinder doesn’t let me do that without houseruling level based damage boosts.

5.  Where’s the beasts? Paizo’s copy for the Starfinder Core Rulebook states that it contains “all of the rules you need to play or run a game of Starfinder.” This is not true. The core rulebook does not have the rules to make monsters or NPCs, and as of this writing, the game’s bestiary has still not been released to retail. The Core Rulebook fails to even have an appendix with stats for basic creatures or animals; the only stat block in the book as far as I can tell, is the Space Goblin (really people… why isn’t it just a goblin?) Monark… which has a CR of 20… yeah, it’ll be a while before I throw that at anyone. Of all my complaints, I think this one is the most disappointing. Undoubtedly, all the monster and NPC creation rules will be evident in the Alien Archive, but really, they should be in the Core Rules.

From the complaints, you might think I really dislike the Starfinder Roleplaying Game, but that isn’t exactly true. There is a lot of game here, and a lot to like. Starfinder represents a further tightening of the Dungeons & Dragons 3.5 ruleset; the gameplay is familiar but has been constrained in a mostly appealing way, though I do feel that a lot more of the rules adjustments found in Pathfinder Unchained could have been adapted for the new system.

At the same time though, from its rules, to its classes, to its races (I really think its time to start calling these species, or even ethnicities instead of races…) Starfinder feels safe and uninspired. The game largely fails to move beyond the classic D&D trope of killing monsters and taking their stuff.

While you could use the system to play involved investigations, or roleplay heavy campaigns of intrigue and skullduggery, and I certainly will (Our Way of the Worlds campaign will be the subject of next week’s entry, for real!), these will be successful despite the system, not because of it.