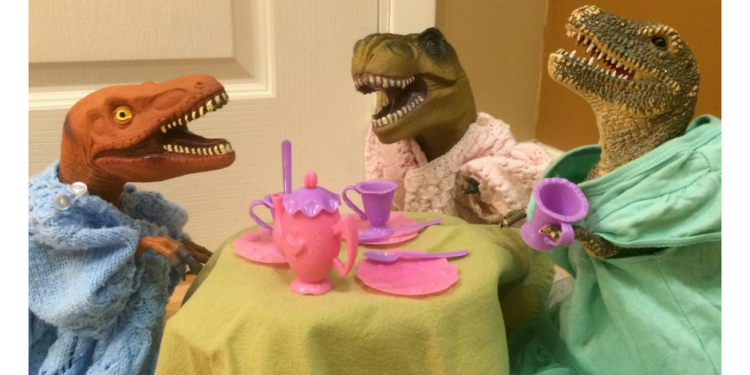 For those who haven’t heard about Dinovember: welcome! We wrote a blog post last year that can bring you up to speed, and I encourage you to check it out. For those who followed our dinoescapades last year, welcome back! We’ve been doing this for a few years now and the dinosaurs have done everything from smearing cupcakes on the cupboards to colouring on the fridge to playing with the shaving cream in the bathroom. The kids have found them building outside, hijacking a ride to school, and having music concerts. Book forts, colouring pages, cereal across the floor – they’ve all been done at least once, maybe twice.

As Halloween approached this year, I started to hear the dreaded word murmured from the corners of the house : “Dinovember.”

Almost as scary as the house on down the road with the carnival decorations and the clown hiding behind the red balloons with a bowl of candy, the word made my chest tighten. My mind searched frantically for answers. I wondered if it was too late to take a month long vacation (or send the dinosaurs on one). 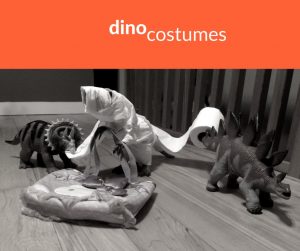 After hearing at length from the rugrats that they hoped the dinosaurs wouldn’t eat their candy *again,* I had to come up with something new.

Don’t get me wrong, I love how exciting and magical Dinovember is.

And I started the whole thing in our house.

But the thing is, I didn’t expect (foolishly) that it would be such a hit. I didn’t think through the part where I would have to come up with 30 things each year for the dinosaurs to do. Or that the kids would remember just about every single thing the dinosaurs did, shaking their heads disappointingly at any repeat shenanigans. (It really is only fair I warn you, just in case you were thinking of introducing it into your household.)

So just as the pressure of Halloween costumes begin to wane, the anxiety of dinocreativity begins to rear its ugly giant reptilian head in our house. 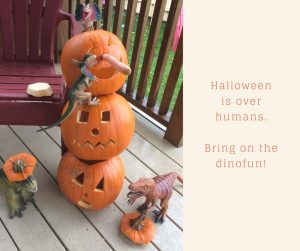 One of my favourites so far this year, I fear this make-shift snowman may have been part of an elaborate snow dance done by the dinosaurs as it snowed 24 hours later.

There have already been the moments of panic where I wonder what to do tonight, and sometimes I wish I could take the same tactic as some do with elf on a shelf (no way is that creepy creature coming into our house on the heels of Dinovember).

But I digress. Dinovember is happening.

Here are just a few of the things the dinosaurs have been up to this month: 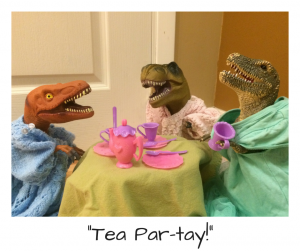 Rugrat #1 wasn’t the biggest fan of this, but Rugrat #2 enjoyed it, and Rugrat #3 loved it so much she insisted on napping with these lovely ladies, their tea set, and the table (while chanting “Tea Par-tay!” right up until she fell asleep). 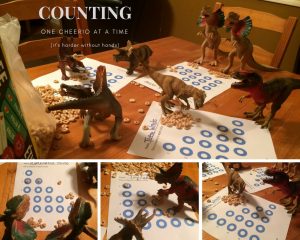 The rugrats enjoyed the early morning snack created by this dinosaur game. The game, not so much, but it is a bit too easy for most of them (though these poor dinosaurs struggled). 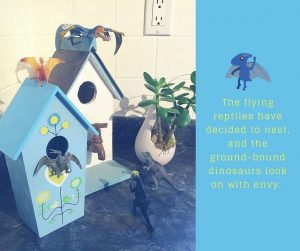 The rugrats, in unison, declared this “awesome.” I liked that it was super easy (and in fact done after everyone woke up, in a tiny seldom seen corner of our second kitchen). 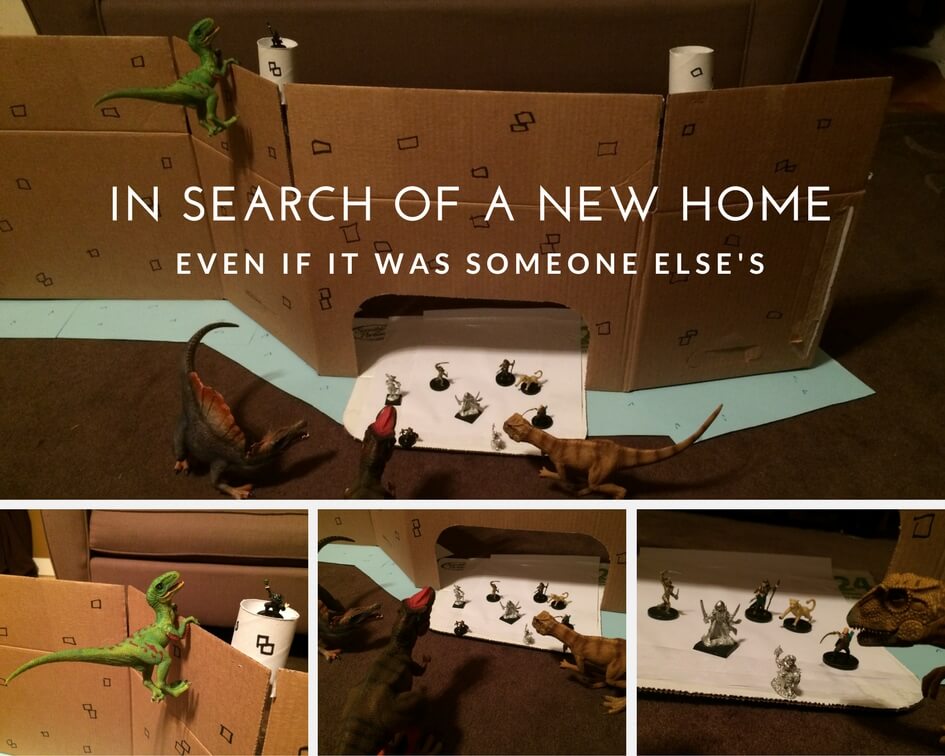 Desperate for their own place to call home, the ground-bound dinos set off on their own adventure, far from the picture perfect bird town houses. This was the biggest hit with Rugrat #3 who has exiled the dinosaurs and minis alike in favour of her ponies. 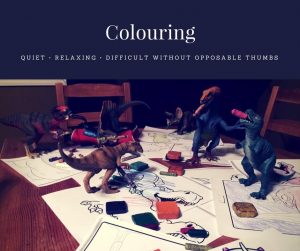 After last night’s hard session of castle building and takeover, the dinosaurs elected to try something a little more relaxing. 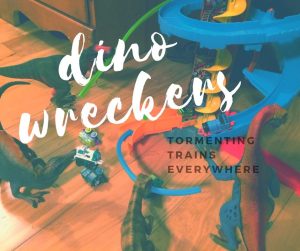 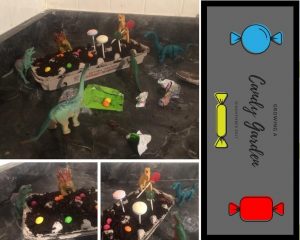 Sick of their meat and plant-based diets, the dinosaurs decided to plant a candy garden. The rugrats were sad to see the dinosaurs had stolen their candy for this fruitless project. 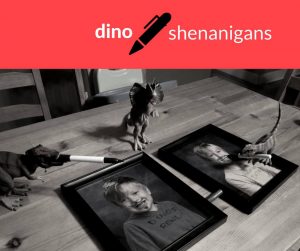 The dinos went wild with the erasable marker, colouring all over photos and the windows. The rugrats were not pleased. 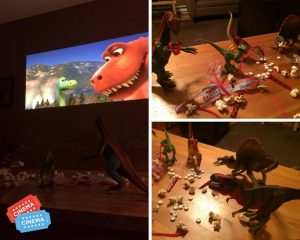 While the two of the rugrats enjoyed a sleepover at Nana’s, the dinosaurs went went with a movie marathon – complete with snacks galore! 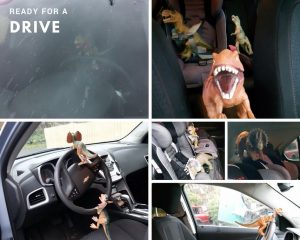 The kids thought the dinosaurs did nothing… then we found this. 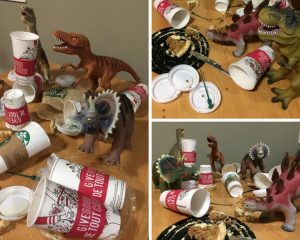 So tell us, have you participated in Dinovember?

Do you know anyone who has?

If you are looking for more inspiration than our posts offer, there is tons of material out there. (Dinovember has quite the following!)

What’s your favourite one of our dinoshenanigans?

Tell us! We’d love to know. Some of our favorites haven’t been such a hit with the kids. (But man did I enjoy colouring all over the fridge and watching the kids clean that up so the dinosaurs didn’t get in trouble!)  Some of our random/last minute adventures are beloved by all the rugrats. It can be hard to tell what’s going to be a success and what will be an eye roll. So chime in! Let us know what you love!