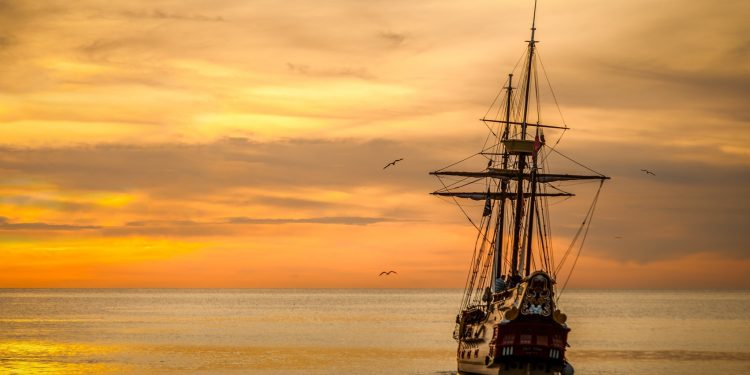 A problem reared its head shortly after we began playing a pirate themed D&D 5th Edition game: there are a lot of NPCs in play when the crew of one ship boards another ship.

I looked at the limited rules about handling mobs in the DMG and disliked them. I then read a lot of advice on the subject, most of which boiled down to “avoid mass combat at all costs”, or “let the NPCs do their thing in the background while the PCs star in the important action.”

The advice didn’t work for me. I like situations where perhaps the PCs are struggling against their opposition while the friendly NPC crew have quickly mopped up the enemy crew and can help the PCs. Or the inverse where the crew is nearing defeat which forces the PCs to divert some or all of their efforts to save them. I could just decide these things as the GM, but that felt cheap as well.

Unable to find a solution in the core D&D 5e books, I looked at other solutions such as the minion monster rules in D&D 4e, which are workable but still require too much management and rolling at the table. I also looked at 13th Age which has excellent and elegant rules for mooks, and I almost adopted them until I found the entry for the Bar Brawl in the Creature Codex by Kobold Press (which is a fantastic monster resource and highly recommended by us rugrats). This third-party work gave a group of aggressive humanoids the swarm feature, allowing them to use their numbers to threaten the PCs and their crew while elegantly working within the 5e framework.

I took this idea and ran with it. The resulting crews and monster swarms worked well in play testing (aka: our campaign). We compiled them together, added some officers and captains to bedevil the PCs, and created some magical and mundane seafaring equipment.

The Seafaring Supplement contains nine crew stat blocks, including two sets of sea creatures. Challenges range from 2 to 10. From crews of undead to experienced marines, these stat blocks keep ship combat from becoming bogged down, while still bringing excitement to the combat.

You can pick up the Seafaring Supplement on DriveThruRPG.

Little clenches the stomach of a pirate faster than the sight of a frigate carrying regiments of naval marines. These hardened soldiers are equally adept at fighting on land or the heaving deck of a ship. Naval marines are more heavily armed and armored than most sailors, and take a great deal of care ensuring their weapons and armor don’t succumb to the brine and spray.