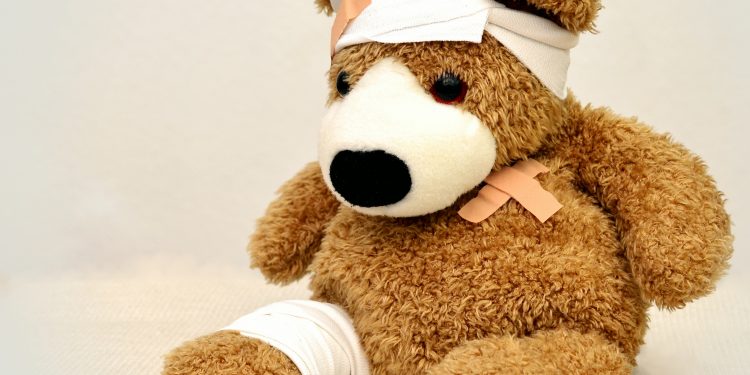 As gamer geek parents to a trio of rugrats, Kelly and I are always looking for ways to get our kids involved in our hobby. Something that troubles me however, is that the methods that most RPGs use to resolve tasks are pretty much the exact opposite of the values we are trying to instill into the ‘rats. It isn’t that we are utopian idealists; the ‘rats are still pretty young. The whole fantasy-reality divide is still a pretty complex notion for them. Rugrat #1, age 7, is sweet and sensitive; he finds violence scary and wants to find a diplomatic solution to every in-game challenge (this is not mirrored in his interactions with Rugrats #2 and #3; violence and disdain are his go-to methods for handling disagreements with them). Rugrat #2, age (nearly) 5, wants to hit everything. Hard. Finding the balance point between the two styles of play can be a challenge. Additionally, we frequently tell the Rugrats that violence isn’t a solution to their problems, but in most RPGs, the reverse is often true. How do we instill the value of discussion, compromise, and compassion in real-life while laughing at the slaughter of innocent, imaginary kobolds in-game?

Nonlethal combat isn’t really an answer; it is still violence after all, and while I’ve seen plenty of suggestions for pitting kids against non-humanoid adversaries, in the real world it is no more acceptable to beat up a dog, cat, wolf, or rat than it is another person. Many games feature mechanics regarding the use of social skills, but they can also be troubling, as often they revolve around intimidation (bullying) and bluffing (lying).

I’ll be honest, I don’t have a lot of answers to the issues I’ve posed above; mostly I write this because I’m trawling for ideas. However, listening to the kids’ entertainment selections does provide me with a few ideas.

Environmental challenges are great to pit children against. While I’m not certain that I’ve seen a full episode, I’ve heard approximately one billion episodes of Octonauts and Paw Patrol. Often the drama and challenge faced by the protagonists is provided by the environment: some innocent creature is caught up a tree / has fallen in the water / is lost… you get the idea. While I’m not keen on having them slay dragons quite yet, I can definitely see the value in having them rescue people from a village that a dragon is burning down.

Stealth based challenges are also quite nice for kids. While I don’t want to teach them that sneaking around is a good thing to do, I think that letting them attempt to tiptoe around a table full of goblins who are dozing due to drinking too much bug juice is fun. It also helps to teach the rugrats that, dire as they are, there is real value in looking at a problem from all angles and selecting the best resolution method at their disposal. To further this, I think there is a benefit in placing obvious items in a challenge environment that will allow the protagonists to trap, avoid, or otherwise neutralize a threat without resorting to beating it with a stick. If the players don’t catch on to the obvious items, mention them a few times. Be obvious. These are kids. Teaching them this lesson now could very well lead to more excitement at the game table when they are older.

So What’s Out There? 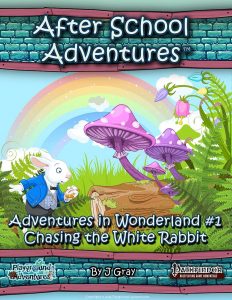 Before I wrap this up, there are a few companies making quality RPG material intended for a younger audience. In the Pathfinder and D&D 5th Edition space, Playground Adventures has released a number of excellent modules that we’ve run for the rugrats (The Chasing the White Rabbit series by J Gray has been very much enjoyed with repeated queries from the kids regarding when the remaining parts will release). I particularly like that PGA offers adventures with diverse challenges and offers non-violent resolution methods in many cases.

Legendary Games also offers the Legendary Beginnings line of adventures in both PFRPG and 5e. Legendary Games’ offerings, such as the Trail of the Apprentice Adventure Path have a more “traditional” presentation than PGA’s, and hew a bit more toward classic RPG tropes such as dungeon delving. It needs to be noted as well, that Legendary Games’ adventures spend less space than PGA’s on suggesting non-violent task resolution. All of the above aside though, and Trail of the Apprentice is a really nice series of adventures that I’m looking forward to running when the children are a bit older. 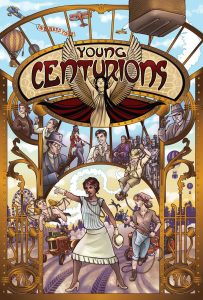 Evil Hat Productions’ Young Centurions is a FATE Accelerated game of teenage pulp heroes. Young Centurions is a great read and an exciting setting for those who are looking for something other than typical fantasy/sci-fi. FATE Accelerated is also a fantastic system for first-time players. It provides the structure that the game needs while keeping out of the way of the story being created.

Do you have suggestions or ideas regarding this topic? Any favourite kid-friendly roleplaying games or adventures? Let us know in the comments!