The Tavern of the Deadworld 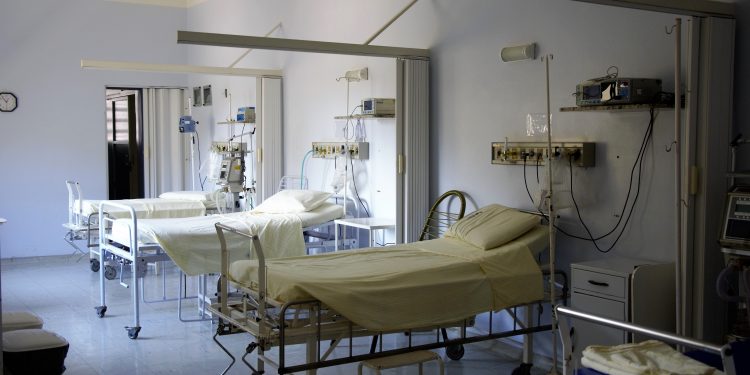 So many campaigns start in a tavern. It’s an easy way to put a bunch of characters in the same place at the same time. And even if you don’t start your campaign there, your players are bound to end up there at some point right?

(Very true in our experience – it’s why we have a whole line of products dedicated to making tavern visits easier!)

What about post-apocalyptic campaigns though? After watching a few different shows, we ended up playing a Deadworld campaign. It was full of zombies, ghouls, savage scavengers claiming to be saving the world, and ruins of settlements.

You know where we never went though? A hospital.

The game started some years after the world ended as we know it, and we never had a reason to visit a hospital, or what remained of one.

In our weeks (and weeks) of hospital stays over this month and last, I have been up and down so many hospital corridors and stairwells, and, especially over in Victoria (the building we are in at BC Children’s Hospital is super new) all I could think about as a door closed with an ominous noise in a seemingly deserted stairwell was: “What if there were zombies here?” (A bit over the top maybe, but being suddenly removed from everything normal in your life does weird things to you.)

As our time progressed in Victoria I realized ward doors were sealed in the evenings, I discovered new rooms, and I learned some areas of the hospital can’t be accessed from other areas – even more fuel for the apocalypse fire. My mind would wander in the hopes of not spending 24/7 worrying about my really sick daughter I could do nothing to help (though worrying about zombies lurking nearby might not have been the best use of time, or the most reassuring thing to think about).

We had a huge stash of unopened 2-cracker packages in our room, plus our own bags of granola bars, crackers and other non-perishables hidden out of view of our diet-restricted-rugrat. What was hiding in other people’s rooms? How about that snack cupboard down the hall with its own collection of single packaged crackers and digestive cookies? And that’s before you even hit the cafeteria or smash the vending machines (should you dare to make that much noise).

And medical supplies… you’ve got bandages and gauze, sterile wipes, braces, crutches, gloves, the list goes on. And wheelchairs could serve as a great way to move bundles of goods (or you know, a person unable to move easily). Plus on a pediatrics floor don’t forget the stashes of formula, wipes and diapers. No kids in your game? Diapers are still super handy for absorbing a lot of blood on an open wound, or filling with warm water and applying to the body to make accessing a vein easier. And I’m not recommending anyone try formula, but come on, if the world ended, I think we’d all take the calories we can get… and I might be more likely to try formula than roasted rat captured in the basement…. but that’s just me.

Plus, you’ve got beds, blankets and flat rubber pillows galore! These beds could be slept on for sure, but don’t forget you can use them to barricade areas, and blankets don’t just keep you warm, they can be used to block the light from the windows, ripped apart as more bandages, used to to wrap and carry items, or even altered and pinned as make-shift clothing if those open backed hospital gowns aren’t your thing and your other clothing is trashed.

So now Ken and I are thinking about returning to Deadworld, but exploring the early days, or scavenging for medical supplies in a seemingly long abandoned hospital.  (Come to think of it, one of our inspirational shows used a hospital as a home base for a time, and of course The Walking Dead starts off with Rick leaving the hospital he was admitted to for a gunshot wound, only to find the world isn’t the way he remembers.)

Except, we have no time to game as we continue to be separated by a (small) body of water.

Which means we need you to let us know: have you played any post-apocalyptic games?

Were any scenes set in the hospital? And if so, did they feature Rugrat #3 and I lurking in abandoned halls, desperate to make our exit to the outside world?