Z Nation: Was it Written by Gamers? 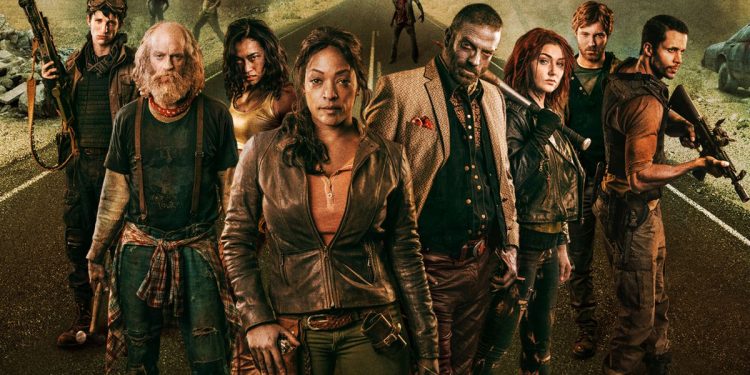 After enjoying Van Helsing so much I wrote a post about how it was inspirational for gaming, I decided to check out Z Nation.  And I wasn’t disappointed.

It helps that I love discovering an established show with more episodes in the bank than I can shake a stick at, but even more than that, I think Z Nation must have a team of gamers behind it: the strange mix of party members given an impossible quest that keeps them together; the alignments that obviously butt heads from time to time; the way the party can stumble on people and places that have been surviving for some time, only to be destroyed because trouble follows our band of “heroes”…. let’s take a closer look. 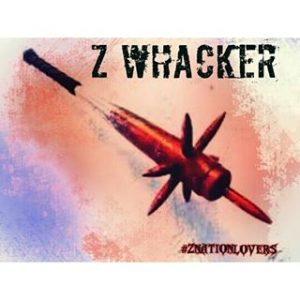 Addy Carver’s weapon is one of my favourites in this show.  We see her pick up the “Z Whacker” in the first episode from a travelling duo who explain its virtues as she tries it out.  Essentially a morning star, this aluminium baseball bat with reinforced spikes (long enough to penetrate the brain, but not so long they get stuck in there, leaving you wrestling your weapon out of a zombie head) is her weapon of choice throughout the show; (spoiler alert) later in the show, her weapon gets upgraded to deliver an electrical charge. Shocking morning star, anyone?

Guns abound, of course, but they make noise, which attracts more Z’s.  For that reason, we’ve got blades aplenty.  And the stealthy 10K can make miracles happen with a slingshot and whatever bits and bobs he can find.

Basically, there is no one weapon everyone uses, because in RPGs, every character has their preferred weapon, and it isn’t often someone outfits a whole group with the same thing.

I don’t want to give away any of the awesome plot developments, but I will say this – you know that party member who does whatever he wants? No matter the cost? The person who thinks whatever he wants is his for the taking? And you kind of want to just off them a few times over, but you can’t because in real life they are your friend and they’d be furious with you for killing their character? Plus you want to keep hanging out with your friends and enjoying game night? What happens when that character is the one that holds salvation for the human race? What happens when good people have to die to keep him safe? (Don’t you hate when your GM does that to you?)

All the characters have their own natural abilities – various skills, feats, etc. Some of these are more obvious, like Addy and Mac and their teamwork feats.  And sometimes you wonder why someone doesn’t just max out Profession (mechanic) or Craft (mechanics) when they level up (how many vehicles have they gone through?).

Some of the characters in this show are easy to see as a particular class, others require a bit more finessing or a third party class.  They can also provide great inspiration for a character build. Plus they show how a kickass character sheet is awesome, but you have to have some personality as well.  I love what 10K can do; I think he’s awesome, but he’s got the personality of a paper clip. Meanwhile, Murphy (love him or hate him) has more personality and quirks than any one companion will ever want to deal with.  He’ll drive you crazy, but he’s the mission. (Side note: I’m also sure he’s a sorcerer in a world without magic.) 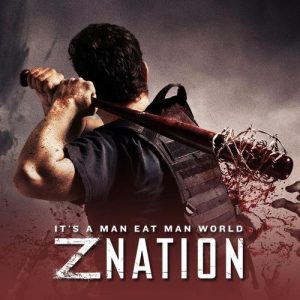 Every time these guys take a step forward, they take several back.  This isn’t atypical of a TV show, but seriously – they are always trying to save someone only to leave destruction in their wake, or having their journey disrupted to land them in a heap of trouble on a side quest. Seriously, these guys often seem to happen upon a place where people are largely getting by, eking out a modest existence, and then it’s chaos.

And they don’t really care.  Characters in shows in Walking Dead take everything so seriously, but in Z Nation, it’s like this band of would-be-heroes knows it’s all just about them.   The show even takes it so far as to give over the top monologues, and have people mention off hand how trouble follows these guys and how they are easy to follow based on the trail they leave.

These guys believe they are heroes, just like every group of gamers. But it doesn’t always justify their actions, even if they want it to.

So Bring on The Game!

Z Nation was so easy to see as an RPG, in fact, that we have temporarily sidelined our other game in favor of one that takes place in a dead world.  Zombies run rampant, and with a little imagination and some reskinning, Pathfinder’s collection of undead is doing a great job of providing a variety of zombies to tangle with.

It’s easy to take snippets from the show and use them to inspire a session, a scenario, or the whole darn world.

We are now several sessions into this post-apoloyptic zombie campaign, and I cannot wait to see what comes our way.

Have you seen Z Nation? Does it remind you of an RPG? Have you encountered zombies in your games? Ever played a zombie focused game?